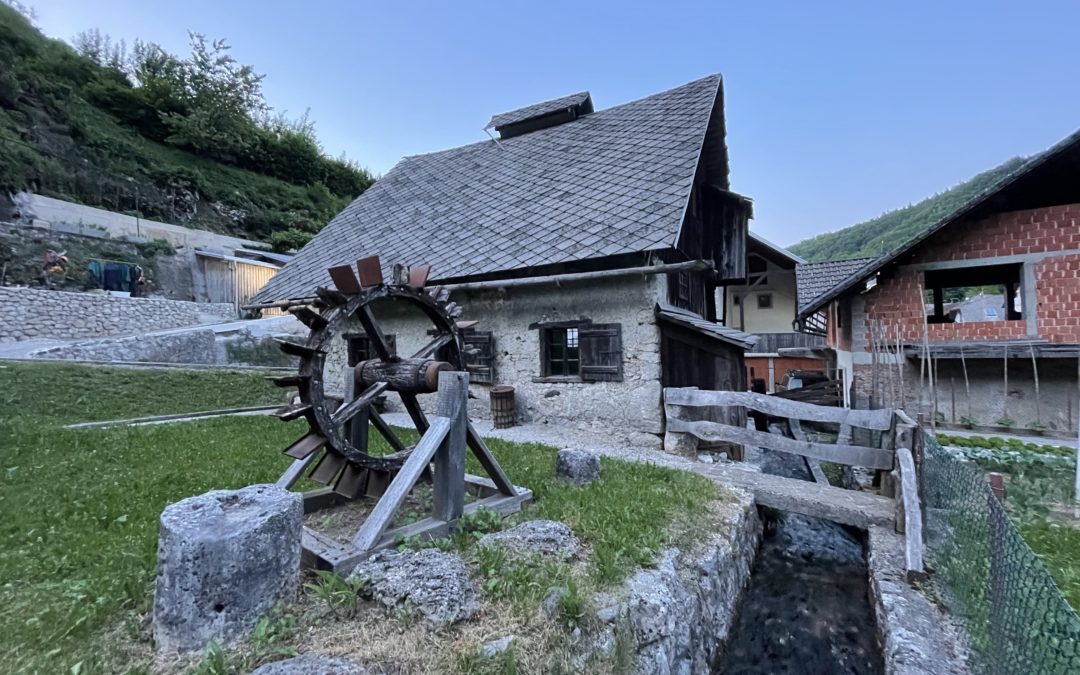 Originally made of wood (partially or completely rebuilt from stone from the mid 18th century onwards) the simple structure appeared in various designs and sizes, from the smallest with one hearth to the largest with five.

Six tree stumps with anvils for hand forging nails were arranged around the hearth. At the height of Kropa’s iron-forging activities during the 18th and 19th centuries, 19 nail forges operated along the Kroparica stream. Some of them carried names after their owners, such as Lukov, Bodlajev, Prekuhovoev vigenjc, while others were humorously or ironically named by the blacksmiths, such as Vigenjc Vice (‘Purgatory’), Pekel (‘Hell’) Galeja (‘The Galley’). 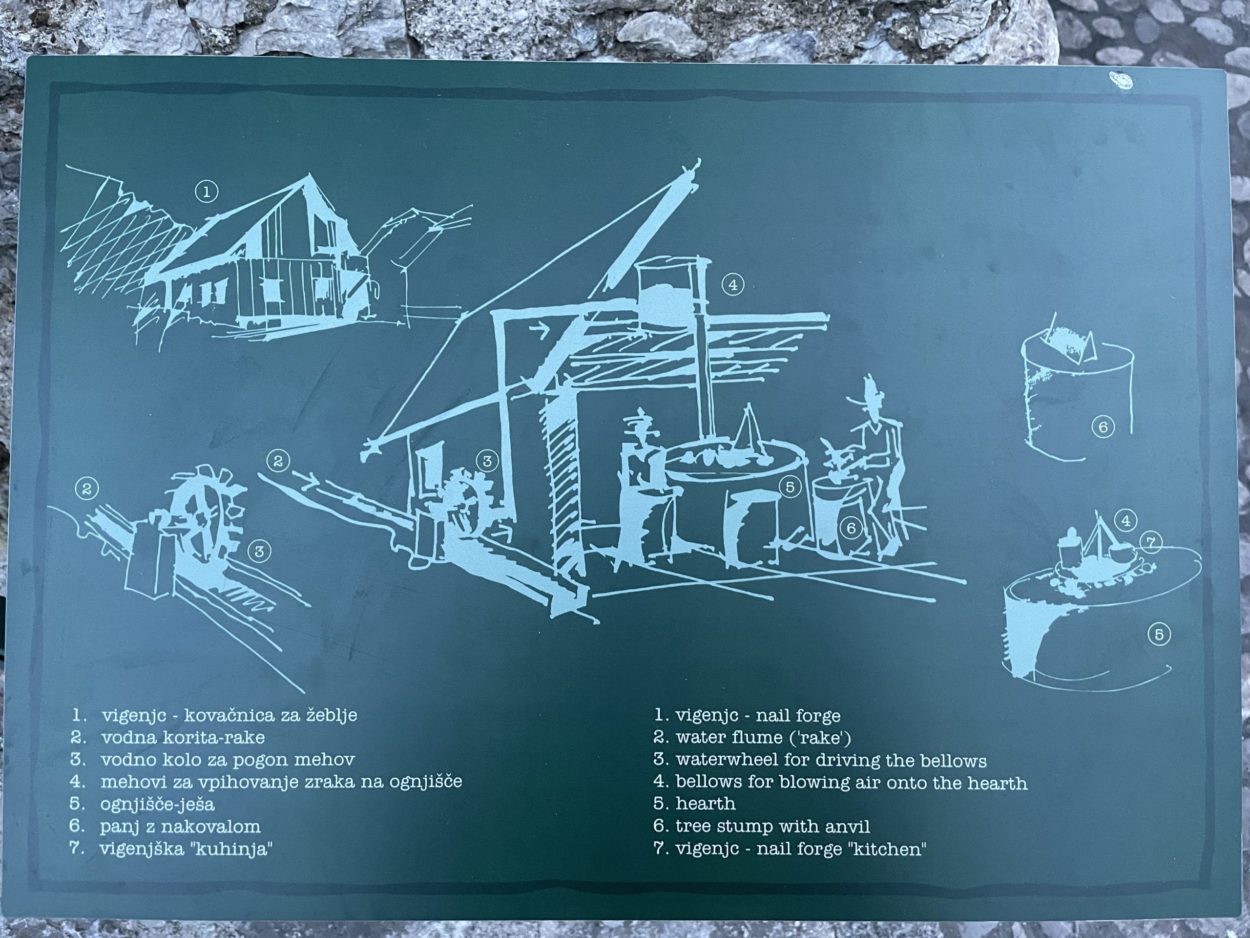 Life as a blacksmith

Blacksmiths and their wives, the most populous class of Kropa’s citizens, spent the majority of their lives in the nail forges, working from the early morning hours until the late evening. Leisure days were Sundays and church holidays. The basic intricate working and social organisation of the ironworkers in Kropa was apparent in the tenant relations between the blacksmiths and the landlords and iron barons. The iron barons provided the blacksmiths with iron, and the price difference between the raw material and the finished product (nails) represented the blacksmith’s earnings.

The Vigenjc ‘Vice’ (‘Purgatory’ nail forge) was built in the second half of the 18th century near where the upper ironworks stood. Today it is the only example of Kropa’s technological heritage that has been preserved. By prior arrangement it is possible to view the forging of nails by hand.

A demonstration of hand nail forging is possible by prior arrangement at the Iron Forging Museum.