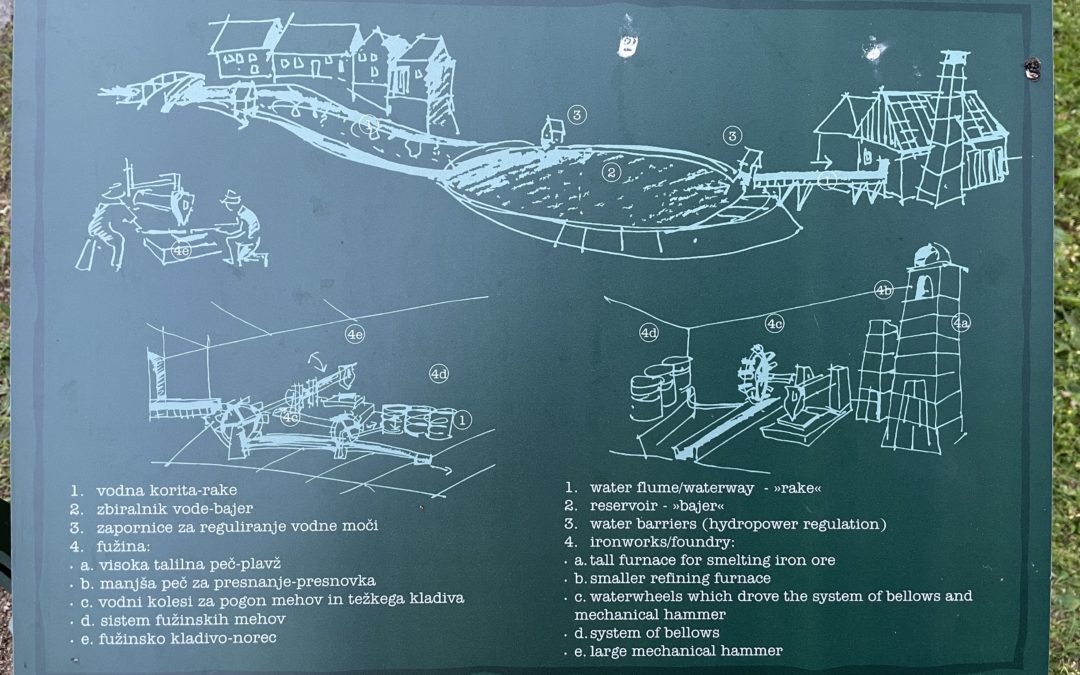 The “Bajer” reservoir, supplied by a network of waterways (“rake”) and, regulated by switches, they provided the hydropower that drove the machinery of the Lower Ironworks – erected here in the middle of the 16th century.

“Fužina”: The Ironworks included a tall furnace for smelting iron ore (primarily ‘behoved’ – locally-mined limonite iron ore), a smaller furnace (known locally as the “Presnovka”), a large mechanical hammer (known as “nor ec” an insane person) and a system of waterways and bellows.

“Bajer”: Is the local name for the reservoir from 1558. The water wheels which drove the system of bellows and mechanical hammers in the ironworks were powered by damming the water in the reservoir.

“Rake”: Is the local name for the waterways (formerly made of wood, later of stone) which directed the seasonal flow of the Kroparica stream into the reservoir with the help of numerous switches.

Following the closure of the lower Ironworks at the end of the 19th century, the centuries-old ironworks tradition in Kropa was carried on by the “Zebljarska zadruga” (Nail Co-operative – later the Plamen factory).